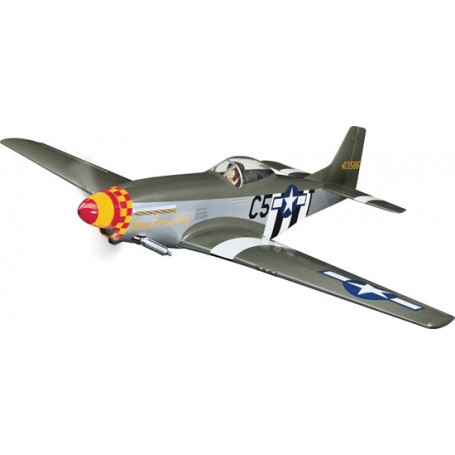 
Faithful reproduction of the famous American fighter of World War II. Comes pre-built and decorated according to the pictures. Only a few items remain to be assembled like wings, tailplane and fin.Most of the accessories needed to finish are included in the box, including retractable landing gear.The engine and the radio must also be installed on board. Just a few hours to get ready for the first flight. Quality workmanship and impeccable finish.