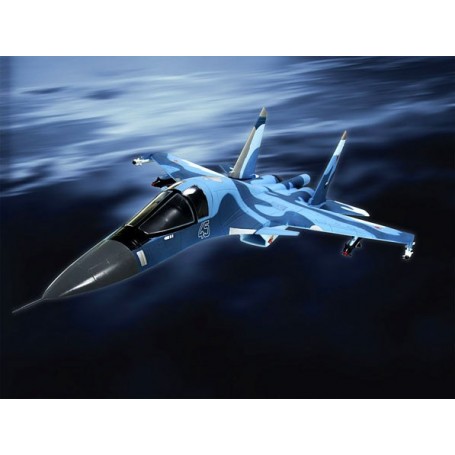 
A battery-Lipo 4S 4000 mA is included in this jet delivered by the company MHD. SUKOI SU34 with the new technology thrust vector 360 °. Each nozzle is individually controlled and mixed with depth, fins and fin. Figures such as the Cobra, Flips and flying very slow to high incidence become possible. Comes in a beautiful green camouflage design with equipment included and fully installed: 2 electronic inverters 45A, 11 9 g servos, 2 motors Brushless outrunner 3500KV 2 turbines 64 mm, 1-Lipo 4S 3000 mA-20C batteries, retractable landing gear installed , directional front. It just remains to install the wings, stabilizers, fins, canopy and nose.Lipo charger, receiver and transmitter are to be purchased separately. Requires a radio transmitter consists of a 6-channel, a receiver with 8 channels and 5 free mixers.